Reviewing the Ebola Response cannot just be about systems; it was people, specifically leadership by communities, that made  the difference.

“‹Restless Development’s Sierra Leone Country Director James Fofanah reflects on a year of Ebola and the reviews that are planned by the international community on the Ebola response in his country.

“‹My name is  James  Fofanah.   I am the Country Director of the largest youth-led development agency in Sierra Leone.   And we have found ourselves at the heart of the  Ebola  response.

The Ebola crisis continues.   But importantly the global agencies are already reviewing what went wrong (and right) in the past year of response.   Reading the global news reports it is easy  to assume that the success or failure of the response to this terrible crisis in my country has risen and fallen only with the strength and weaknesses of the international response.   There is truth in that.  But there is  another story that is remaining a little too far under radar.

It is worth going back 10 years.  When I joined the organisation I now lead, Restless Development, it was  the  inspiration for young people across Sierra Leone. We were the  one agency after the war that had not come in with answers and capacity building programmes  for  Sierra Leone, but had toured the country with a simple question: would young Sierra Leoneans, who had been at the heart of our dreadful civil war, like to lead – really lead – a national development programme themselves?   We would be the development workers, albeit volunteers; we would design the programmes; we would have to leave our hometowns and live and work for up to a year in another part of the country.

Ten years on we were faced with a new ‘war’ last May, against  Ebola. And  soon we will face a new period of re-development.   And there is a real risk the international community will miss the crucial element again – the strengths that already exist and the leadership that, despite  the positive noise about it, is too easily sidelined by outside-in solutions.

Because when  Ebola  struck, the international community, with a few notable exceptions, held their breath. Many shut their offices and left. I can say with pride that we decided to commit Restless Development from the outset to scaling up its social mobilisation programmes (led entirely by young Sierra Leoneans) to focus on prevention, developing a community-led (not outside driven) response to  Ebola.

And we need to focus carefully on these lessons: while hesitation continued internationally, Restless emailed and texted our  alumni, and  within 24 hours 350 Sierra Leonean alumni offered  to return to their communities and lead the proposed programmes. 350 of my fellow young compatriots agreed to risk everything to head back full time into communities across the country. It was just before Christmas that the international community started to recognise the under-investment in social mobilisation. By that time we –  along with our SMAC consortium partners BBC Media Action, CDC, Focus 1000 and GOAL – already had over 2,000 mobilisers full time out in the heart of communities with a reach of 3 million, embedded in half of the communities of my country.   And our data has started showing the impact this totally community-led response was having: today we see 98% of burials being carried out safely from 85% before we ‘triggered’  a community, 80%  of suspected Ebola cases being referred compared to 66% before, and  four  of the districts where we have been pretty much since the outset are now  Ebola  free.

The lesson for the future  that is missing in the international analysis is: we think this story is important because it might have in it the answer to the re-building of Sierra Leone.  Yes doctors, and health systems and clinics, but also building re-development around the strength of people and their communities (that has proved it can successfully manage a major crisis already), especially when given the space, belief and technical injection, and leadership (in this case from my fellow young Sierra Leoneans).  This is a mobilisation that was backed by the international community (not least, UK Aid) and yet led entirely by Sierra Leoneans. It is  a 21st century way of doing aid and humanitarian work.   And in my opinion it has been (to date) more effective than mobilisation  that  uses “community-led” and “people-driven” phrases when really it is led by international (and national) people, consulting and engaging communities, but then leaving the same day. 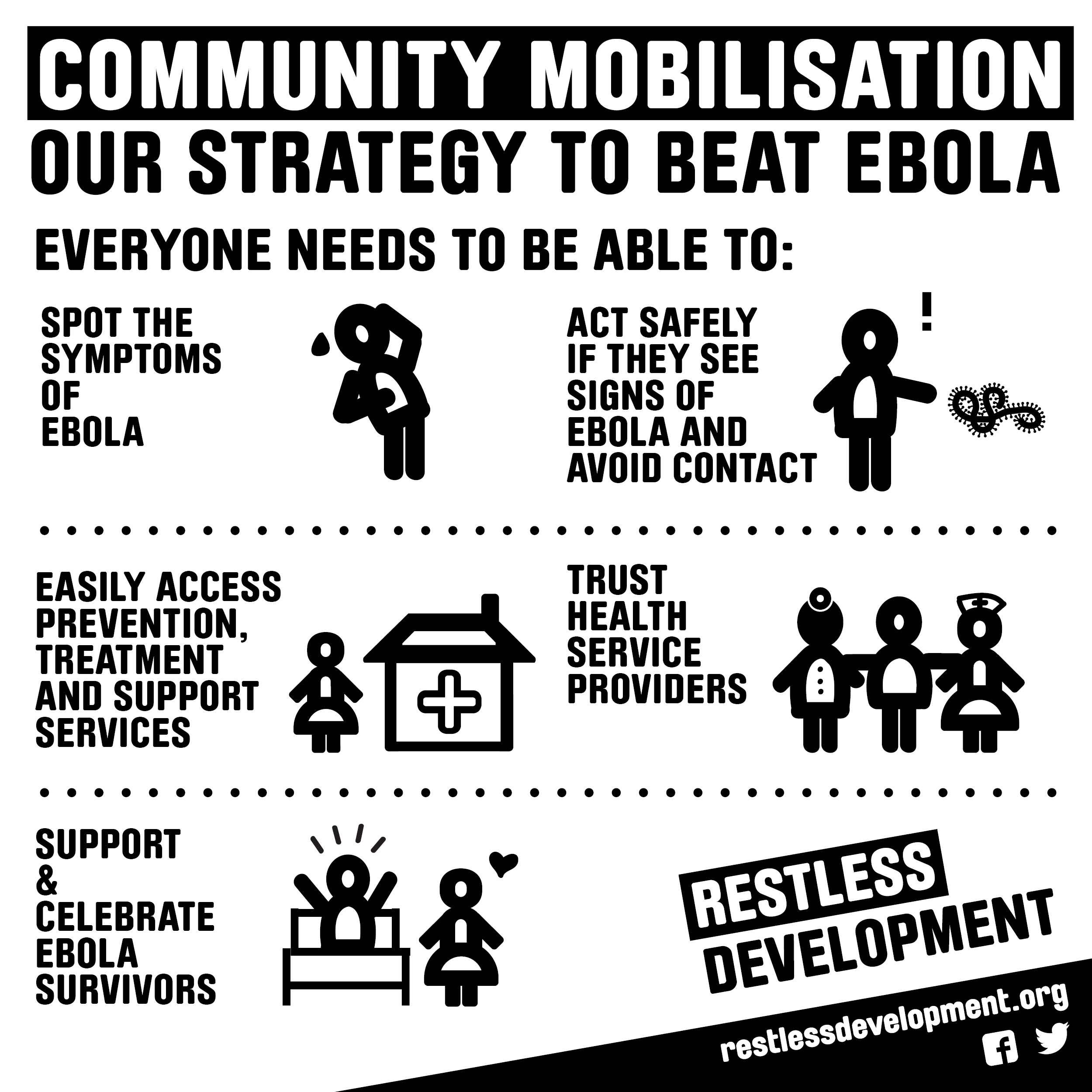 Food Shortage in the USA is affecting young people

If 21st Century development believes in the concept of ‘agency’ but struggles to invest in it when a real crisis emerges, falling back on traditional aid-agency led work, it will make the same mistakes as it did after the war. It focuses on the vital rebuilding of systems and infrastructure, but not on people’s  existing  strengths, leadership structures and resilience already in communities. Here is a national (youth-led, no less) model that has been  ahead of the curve throughout this crisis; and we intend to get back to our day jobs: “leading the re-development of our own country” as Restless Development offered me and thousands  of my fellow young Sierra Leoneans the chance to do back  in 2003.