Climate Campaigners – The Last Half

The first of these was a  campaign stalls with several attractions, focusing on #BeesRBaes and positive action on climate change around the world. Students and passers by were also encouraged to take direct action by participating in our photo campaign! 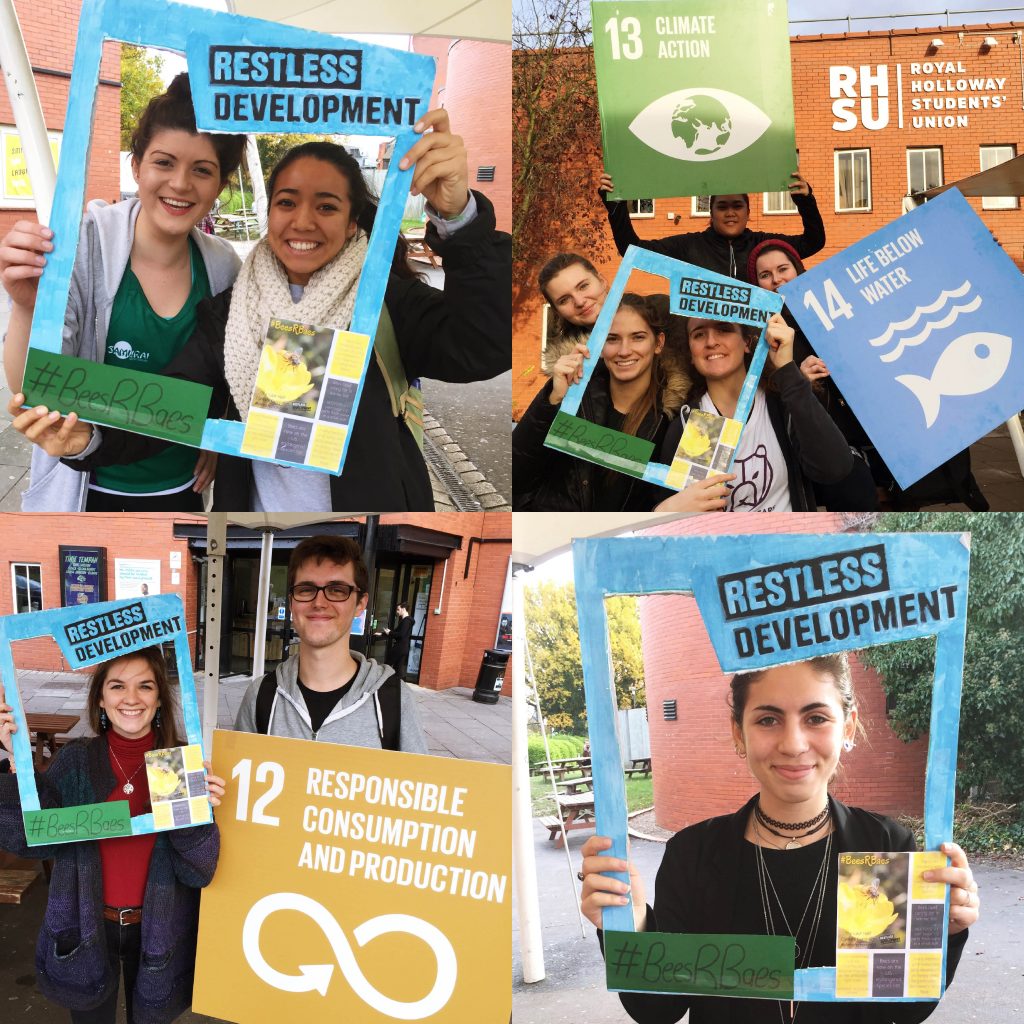 The reason behind the #BeesRBaes photo campaign was to raise awareness about the importance of bees for the environment…did you know they’re currently responsible for every third bite of food we eat?! Bees are currently on the US endangered list for the first time which is due to the use of pesticides which are toxic, so we were excited by the number of people who were enthusiastic to find out more about how they can save bees. There were also many people who visited the stall who were already in the know, even informing others (including us)!

We wanted to influence and inform the public about why this issue is so critical in this changing climate and encouraged people to sign Friends of the Earth’s  online petition.  We had a fantastic response to this petition, meaning Philip Hammond of Runnymede and Weybridge constituency will be flooded with emails!

However, our #BeesRBaes campaign doesn’t end here. We are continuing the momentum throughout the winter by handing out bee friendly seed packs for free that contain information about how to plant these. In doing this people will be able to take direct action in their own back gardens to increase the biodiversity of their community.

Fun fact: Bees love the colour purple, so if you are doing some gardening in the spring, think about planting bee friendly flowers!

We decided to create a positive climate action world map because it’s easy to feel the doom and gloom surrounding climate change. There are lots of amazing and influential activities and plans happening across the world… Norway is aiming to have no petrol fueled cars by 2025 and Denmark is working towards being 100% renewable by 2050! Canada has been working a lot with its youth to fully understand and combat climate change and there are so many countries that have made big goals regarding the Paris agreement and are already pushing to achieve, even Britain has been running on more renewable energy over the past 7 days.

This was well received amongst students and passers by and started some interesting and inspired conversations about influencing the future. 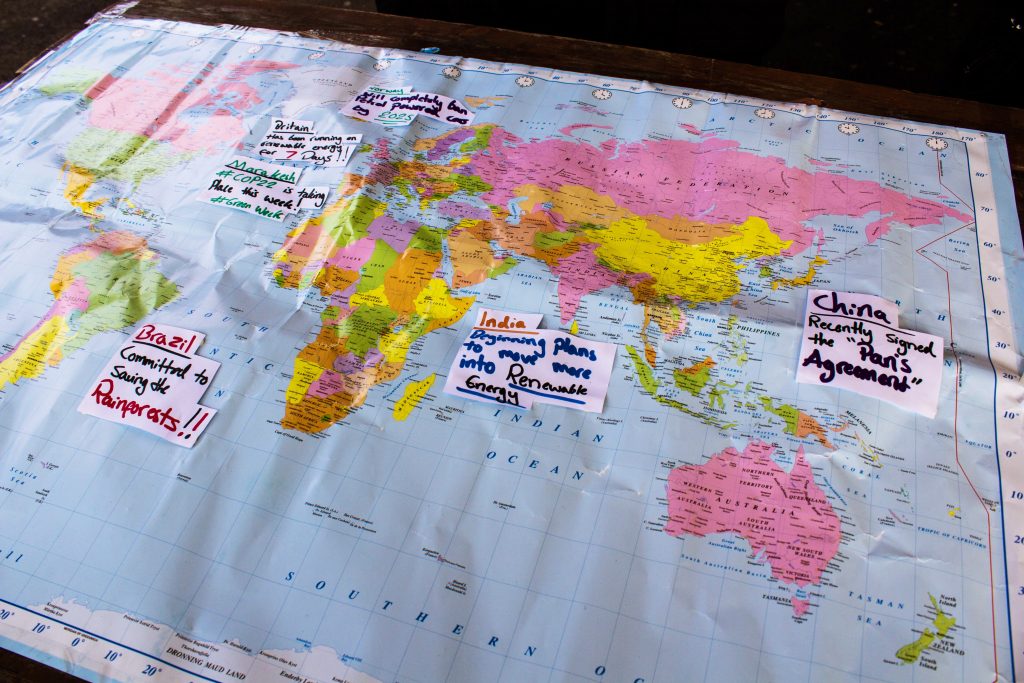 We held a zine workshop for people to unleash their creative side and spread a collective message that climate change is an issue that we need to deal with now.

How a tragedy shaped me into a better person

The zine speaks for itself… we might even make it a regular thing! 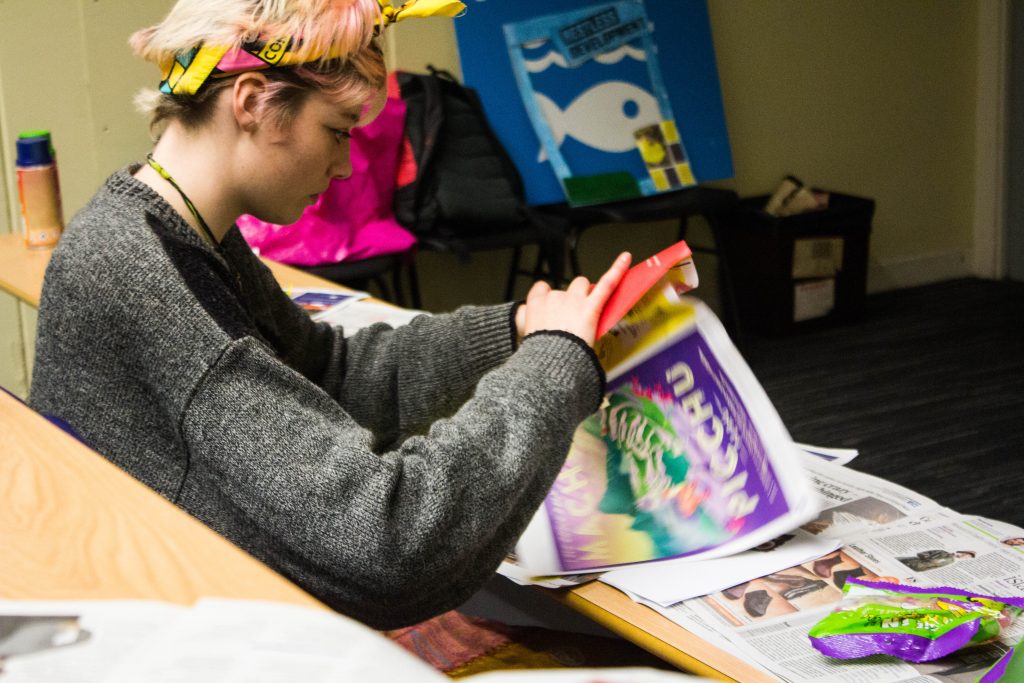 We finished the day by watching  National Geographic’s documentary Before The Flood. The film focuses on climate change and it’s effects on our earth featuring interviews from Obama and presented by Leonardo DiCaprio. It is  a call to action meant to inspire people to make a change in their lives, following on from DiCaprio’s Oscar acceptance speech where he highlighted the need for action against climate change, winning the hearts and support of many worldwide.

‘Climate change is real, it is happening right now. It is the most urgent threat facing our entire species, and we need to work collectively together and stop procrastinating’. Right on,  Leo.

Climate Campaigners – The Last Half

Asia The potential of youth in Nepal