“This is not a Public Service Announcement”

Examining  hackathons, ‘smartphone disasters’, and a Big Conversation,  Sho Konno, Senior Manager for Communications, suggest what ‘Communications for Development’ should mean in light of recent media attacks.  (This blog is adapted from a presentation given to the Communications4Development Network’s ‘Sights and Sounds of Change’ festival.)

What’s in this article?

Not ‘Communications For’ people, but by them…
…because scale needs depth
…because the messenger matters
…but how do we do it?

‘Communications For Development’ is also communications about development…
…because we can’t just ‘deliver’
…because both are stronger when they are by people
…but how do we do it?

Why should we care?
…because it’s the right thing to do
…because it works
…because the world is watching

As always, it’s probably easiest to define through examples, and the Communications4Development network was showcasing a room full of them at their Sights and Sounds of Change Festival (check out these teenage girls supported by Global Girl Media to get behind the camera and make films about Islamophobia and slutshaming).

I presented an example from Restless Development Zambia, and it started a discussion about what ‘Communications for Development’ should mean, if it’s really going to make lasting change.

Not ‘Communications For’ people, but by them…

Restless Development make the case for youth leadership, because we’re an agency for youth-led international development, whatever the tactic. We work with fantastic partners like BBC Media Action, who bring their experience to build the technical and editorial capacity of local journalists and media outlets. Then Restless Development Zambia match that scale with the depth of having young volunteers (like Purity, right) throughout the country who start discussions in their schools. Those topics then feature on TV, radio and social media  and become the basis for deeper engagement of those young people.

These shows are emphatically not Public Service Announcements. They feature music that people actually want to listen to, and young people phone in with their real life experiences to have lively discussions – including challenging decision makers about the rights and responsibilities of young people.

….because the messenger matters

We’ve blogged many times about how youth-led social mobilisation turned the tide in the battle against the Ebola epidemic in Sierra Leone. But one of the lessons that stands out is that the tone-deaf approach to communicating in the early days missed a vital opportunity.  ‘Ebola is real’ posters in a font dripping with blood, and the domination of foreign voices failed to cut-through. It was only when young Sierra Leoneans got out into their own communities and onto the airwaves that the life-saving messages started to be heard. If you were a traditional healer and suspicious of foreigners, how much more persuasive is Fatmata, a young member of your own community who is willing to go to the lengths of helping digging up a grave in the middle of the night to make sure the virus had been traced?

Celebrities can help, especially if their ‘brand’ makes sense with your campaign in some way – like when Bollywood’s top choreographer Terence Lewis joined the Knot So Young campaign against child marriage to say “You shouldn’t dance at these weddings”. But it needs to be backed up by ‘unusual allies’ in person. That’s why Restless Development India also support young men to talk to boys about the challenges that young women face, especially when menstruating, and answer that question: “Does it really happen, brother?”

How? If you’re thinking ‘This is all very worthy, but how do I actually do this?’ then I recommend checking out our practical five-step guide to meaningful youth engagement

….because we can’t just ‘Deliver’

The Nepal earthquakes of 2015 were a defining ‘smartphone disaster’. We were shocked by handheld videos of the tragedy, praised the offer of free telecomms, and young volunteers from the UK and Nepal who had recently volunteered together on the International Citizen Service, supported each other through contact tracing and fundraising over instant messaging. But the use of smartphones in the aftermath of the earthquake has gone further, not just providing relief but gathering evidence about where aid has gone and how it has been used. This data has then been used to influence local and national decision makers and hold them accountable to their promises. As the model in our new global-strategy makes clear, we cannot just deliver without informing and influencing – always and at every level.

I could tell you more about Purity, that volunteer in Zambia – but wouldn’t you rather read her own blog about what it’s like to hear her radio show played on the bus? And is there any better endorsement of the Knot So Young project than reading the story of Mamuni, who tells us how she was due to be married at the age of 17 to a man twice her age, and is now an inspiration to other girls in her position?


How? We’ve been experimenting with some models for how young people can lead both the creative process as well as the presentation of any content about them – from ‘hackathons’ to youth-led Newsrooms, to a global storytelling challenge where 100 people across nine countries simultaneously storyboarded our new animation and then three of them presented it (below). We’d love to talk to anyone interested in working on something similar.

Why should we care?

….because it’s the right thing to do

When our agency’s new global strategy was being developed, young people had the first word through a Big Conversation that took in 5,000 voices from 64 countries. But they also had the last word through drafting the opening paragraph of our strategy launch document,  created  through in-depth focus groups with young people. We believe that the message of our method will help us as an agency, and when we saw this personal blog by one of the focus group participants on her experience being involved,  we were  sure that it is the right thing to do, regardless.

“I have always admired Restless and the work they do, but once you start analyzing, and having the chance to debate and disagree, it sparks a flame in a group of young people that is influential to all.”

During the Tanzanian elections in 2015, Restless Development Tanzania and our partners used online and offline surveys to put  the views of 276,300 young people into a Youth Manifesto. This combined the depth of our country-wide volunteer network with the scale of SMS, TV, radio and social media that reached over 3 million Tanzanians with messages like this music video:

Measuring communications, like development in general, is hard. But we believe this had real impact, not just because the Guardian newspaper reported on the initiative to say: “Election-related hashtags are everywhere: #Youthmanifesto2015 is a rallying point for youth voters”, but because the star of that video, Noah, said in his own words:

“The most wonderful moment I had after the general election was seeing the high vote turn out in 2015 compared to the previous election of 2010. That made me feel good and think that my music has brought a positive contribution to the election and to my nation.”

…because the world is watching

At the Sights and Sounds festival I brought in newspaper headlines attacking UK Aid going to ‘the Ethiopian spice girls’, and by the time I write this blog that programme has had its UKAid funding stopped (although the two are not explicitly connected). This shows how vulnerable Communications for Development can be when misunderstood as ‘soft’ vanity projects led by Westerners. In the current media climate, this vulnerability can unfortunately escalate to also damaging the ‘brand’ of aid and international development generally. 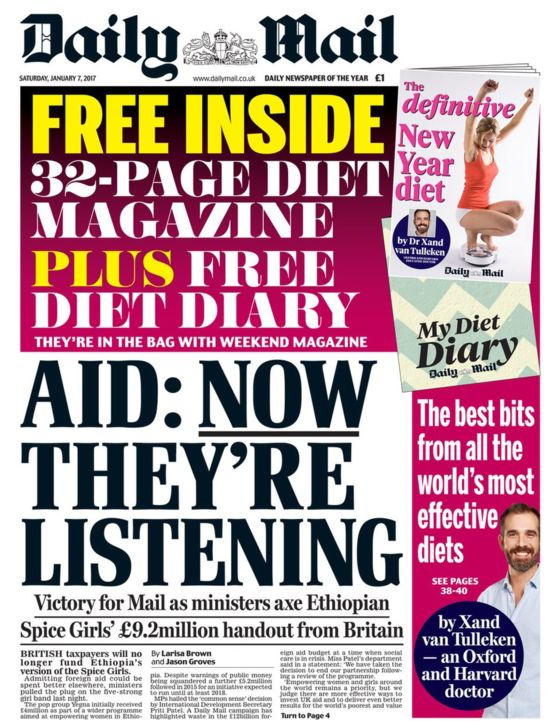 The truth is that Girl Effect’s Yegna programme was judged ‘innovative and effective’ by independent evaluators, it’s an example of the private sector, media experts and charities working together to help people in a developing country to change their own situation, and it is actually tackling the problem from that other common complaint we often hear about development: “there’s no point giving any aid to these countries until they change their own culture”

The erosion of western public support for international development isn’t inevitable. Look at BOND’s new research showing us what messages (and messengers) work better. It’s not as simple as ‘show photos of babies smiling instead of crying’. The research also warns us that we have a tricky challenge when the public outwardly state that they want to hear more from the people benefiting from aid, but when those people appear as passive, unrelatable foreign ‘recipients’ – the public don’t actually trust them as messengers.

Work that uses communications to tackle poverty should not just be on the defensive, because they are some of the international development achievements which we should be most proud of. Seeing and sharing the vibrant, empowering, and lasting transformation that happens when communications are led by people is our best hope of changing that clunky definition, changing the conversation, and changing people’s minds.

“This is not a Public Service Announcement”

Africa “I could only communicate with my feet”…