When Alice Howarth worked on sexual reproductive health and rights  on  International Citizen Service (ICS) in  Uganda in 2014 she became an avid campaigner for ending HIV & AIDS.  After spending two years as President of a Youth Stop AIDS society, and one year on the Steering Committee  she provides a brief summary of her experience…

The first time I encountered the campaign formerly known as Student Stop AIDS, I was in a conference room in Uganda. It was the midway point of my time on the ICS programme, and we were being asked to answer the question: ‘what would you like to take home with you?’

The question was not aimed at material things, of course, but more holistic: what had we learned on this trip, and how would it affect us going forward? In the time I had been working in Uganda, I had become very interested in one particular topic – HIV/AIDS. By working with those who were affected, I discovered a deep empathy for the issues these people faced. It flared something inside me.

By the end of our time there, I had taken over the planning of all HIV sessions. This newly-discovered passion was my answer to said question. There happened to be a representative from Restless Development UK there that day, and in listening to what I had to say, he led me to the campaign that would go on to define much of my university life. 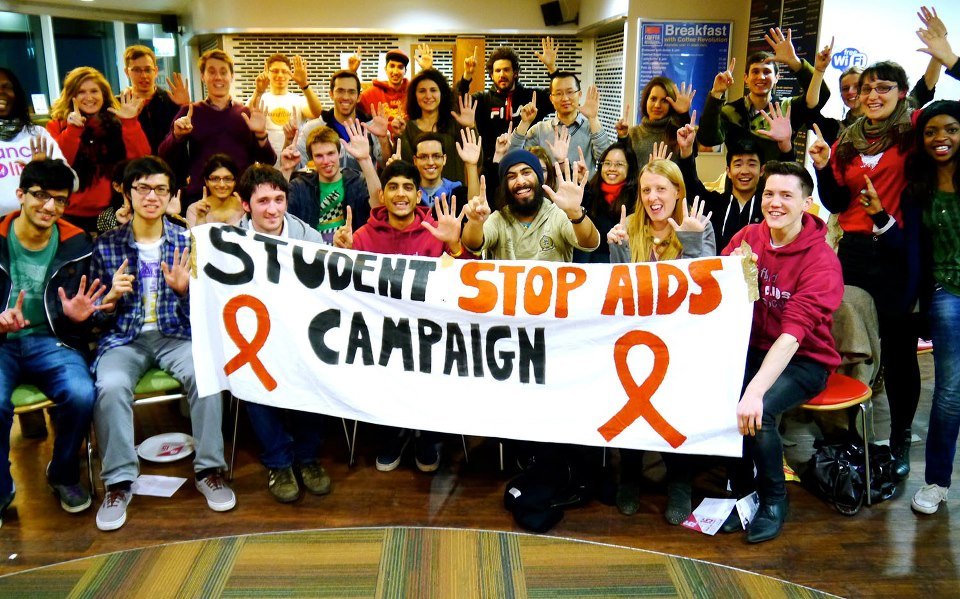 That same representative gave me the email address of then Student Stop AIDS co-ordinator. I sat in my usual Internet cafÃ©, and sent a nervous email. I felt like a fraud already. I didn’t know what I was doing, and I wasn’t sure I wanted what I thought I wanted. I was even more nervous when she replied, asking me to not only join the campaign, but help lead it. She asked if I would start a society at my university. Which had me asking: was this something I was capable of? I’ve never been the most sociable person, so I was worried. But there was then – and still is now – something that speaks to me about the issues surrounding HIV/AIDS.

With the support of my fellow volunteers, I agreed to set up the society. Within six days of returning from Uganda, I was sitting in a crowded ballroom, at a table filled with condoms and red ribbons. It was a bizarre turnaround, and I can say with confidence, that there is little else that could have motivated me in the same way. 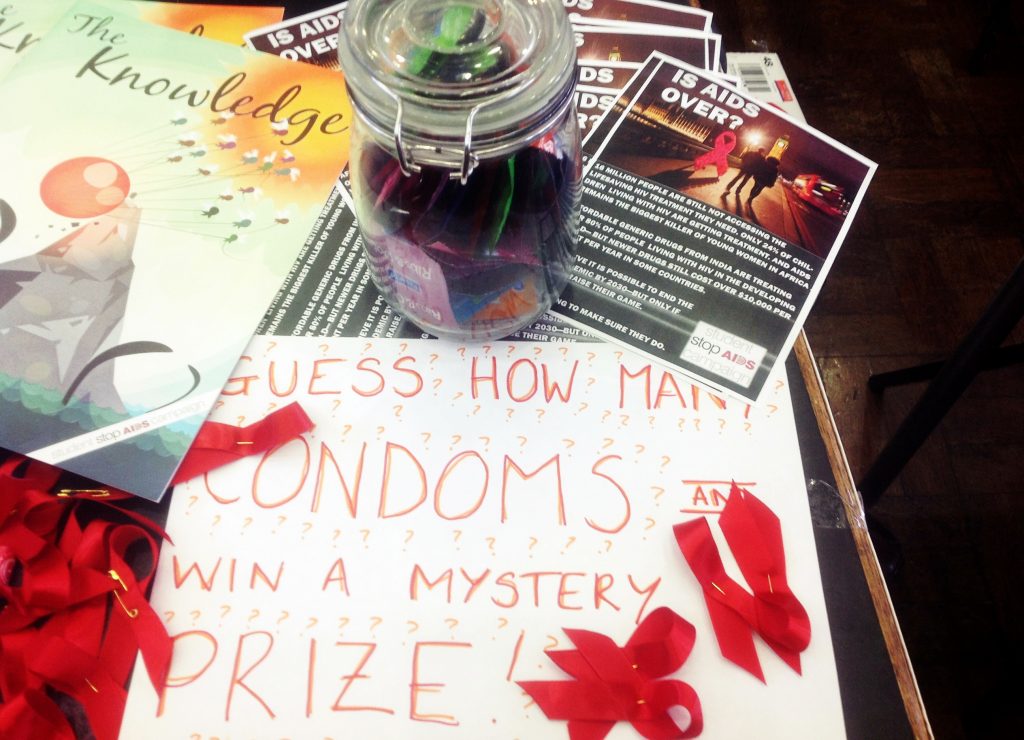 I spent the next two years of my life sitting as President of the society that I started. In that time, I saw the society transition from Student Stop AIDS into Youth Stop AIDS. I was part of the steering committee that welcomed in the unstoppable Tabby, the YSA coordinator, and went through all the re-branding process – I even sat on the floor and drew out a bunch of logos (none of which were used, thank you very much). I’ve been to conferences; spoken to people I would never have met. I’ve made friends who will be in my life forever. I’ve had the opportunity to meet and mentor a wonderful woman, who has gone on to represent these issues on a global scale. I’ve led people, and I’ve listened to people. And I’ve learnt more about myself through the process of being part of this campaign then I would ever have done without it. 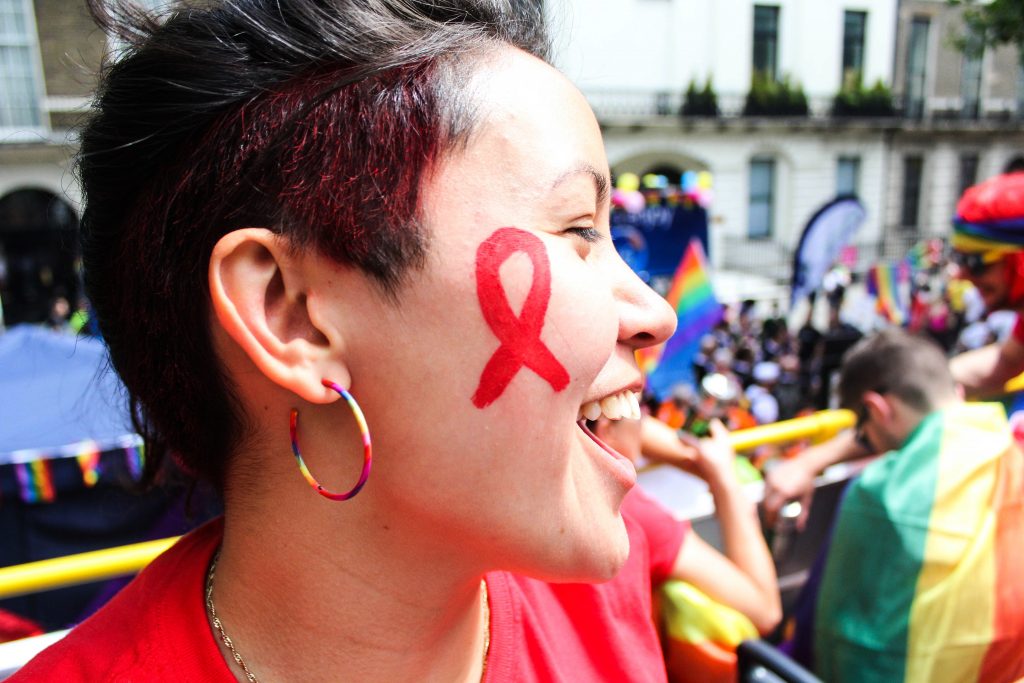 It started with a spark. There was a flicker of interest in Uganda that turned into a flame of sustained belief through my connection with Youth Stop AIDS. I have done things that I honestly never considered myself capable of. Perhaps one of the more bizarre examples of this was when I pretended to be in a paddling pool outside the Houses of Parliament, which later led to a picture with the actor Dominic West. Because those things just happen when you are a small part of a much bigger movement. I’m so very grateful to have been a small cog in this big machine. I’m not sure I’ve had much of a lasting impact on the Youth Stop AIDS campaign, but I am very sure that it has had an incredible impact on me (and the wider world). 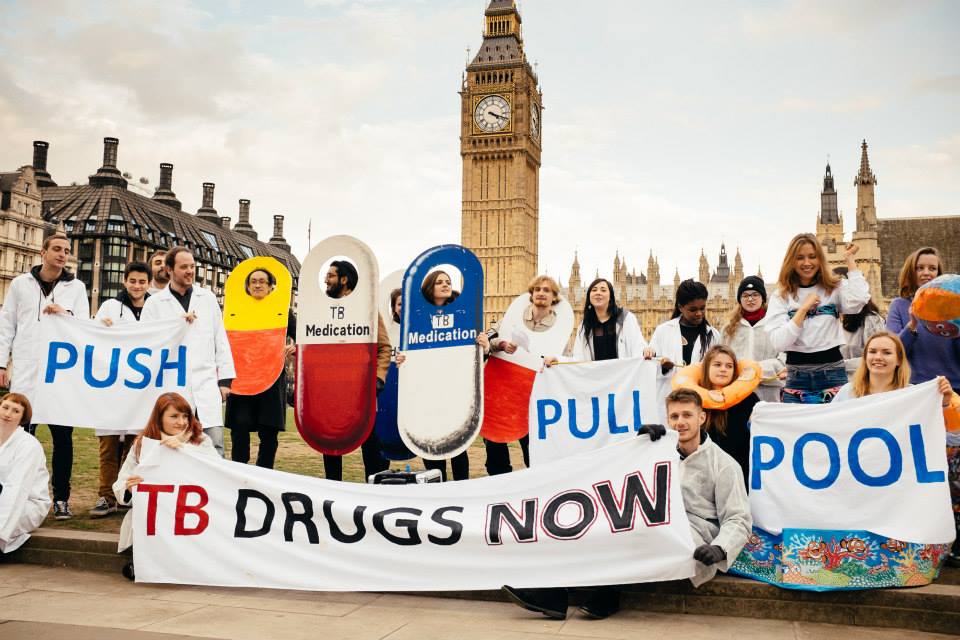 I was reminded of all this, when I was unable to attend the most recent Big Weekend. Tabby told me that approximately 100 people were going to be there. 100, I thought?? How has it gone that far in such a short amount of time? It’s a testament to the leadership, first of all. Both the leaders I’ve known have been absolutely incredible: I have learnt what it means to be tireless in pushing for a better world from both of them and I hope, that one day, in my future, I will be able to look back at my years with this campaign and reflect on how we created a better future for everyone.

In my time with YSA, the Speaker Tour always proved to be one of the most important awareness raising aspects of our campaign. I think, in a time where we are submersed in global situations that seem hopeless, it is especially important to appreciate the power of human narrative. It’s easy to lose sight of what you are fighting for, when you are not constantly connected to the reality of a situation. The Speaker Tour gives you the opportunity to hear the stories that shape the moral of the campaign. I cannot overstate how important it is: how much it can move and shape the people who listen to those stories. It would be impossible not to endorse an event that connects you to a very powerful reality – that by taking the time to listen, we can come to appreciate how important our action actually is.

The year of transformation

Register for a Speaker Tour event near you here. 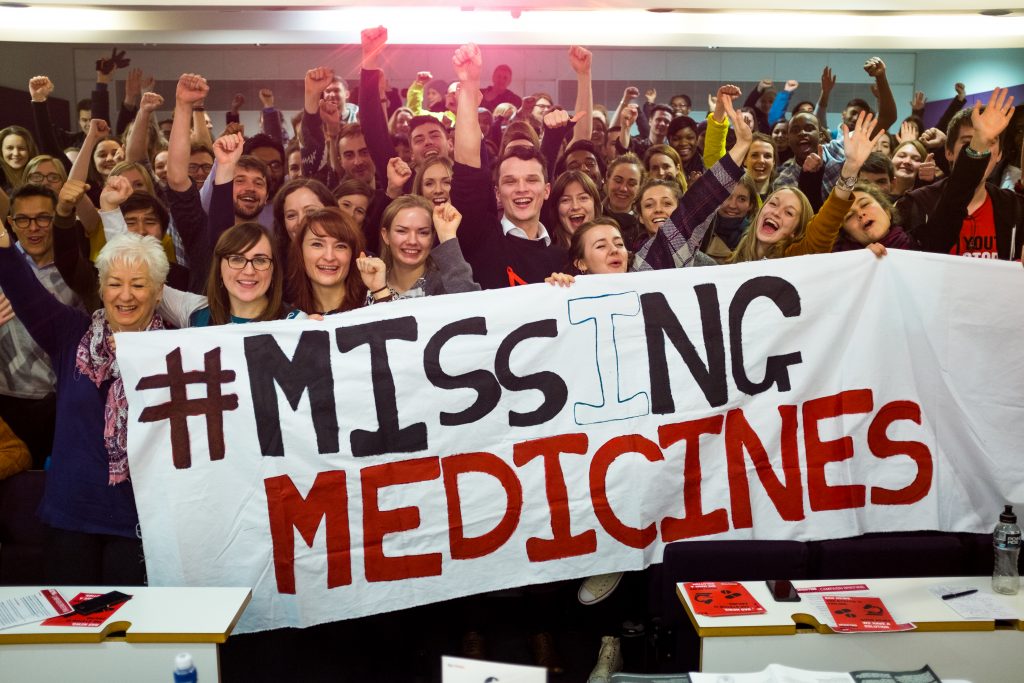 Asia How to make sure young people aren’t silence…

Africa “I could only communicate with my feet”…
0
Loading Comments...