Tips from behind the scenes of some powerful speeches by young people from Sho Konno, Restless Development’s outgoing Senior Manager for Communications.

Have you been thrown in the deep end and asked to speak at an event tomorrow? Did they ‘want to get the perspective of someone young like you’ but offered no steer other than ‘just be yourself’? Or maybe you’re like me, and you’ve been asked by that young person to help them speak in front of people they suspect might not really be listening?

These are some extracts from spine-tingling speeches I’ve heard from young activists and some tips I’ve been privileged to learn from them.

Nobody ever changed the world by invitation. If you’re a young person speaking at an event with decision makers, there’s normally been a calculation or an expectation that nobody is going to be embarrassed.

You don’t have to choose between being a heckler or just being a prop for a photo-op. You can use a joint platform cleverly to trap or praise them with their own words and actions. If you align the ego of the powerful to your cause, you can make them the hero…. but the hero in your story.

However, it’s not true that just sharing a platform with a decision maker is worth it by itself. It’s tough to draw the line between compromise and being compromised, but at some point you have to ask yourself: am I gaining more legitimacy for my views? Or on balance, am I giving them legitimacy for my views to be ignored? Am I being given the old fashioned children’s treatment: seen but not heard?

“Hundreds of us have come because we care about the future of our world.
A world that is facing up to the injustice of poverty, and making a promise to end it.
A gap – a CHASM – between the lives of those poorest people and the rest of the world, which we’re not going to tolerate anymore.
A world that is waking up to the fact that there is only one planet, there is no plan B, and climate change hits the poorest, hardest.”
– Ronagh Craddock & Amro Hussain, hosts of the UK Government’s first Youth Summit 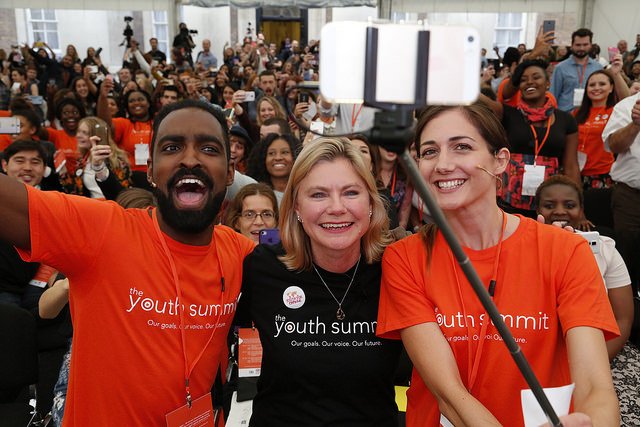 Now you’re working with that young person, and it’s time to prepare. It can be tempting to either worry about the importance of the occasion so much you script something for them, or to feel like getting involved at all is putting words in their mouth. Resist both!

Scripting isn’t just ethically dodge, it’s a waste of the benefits of having a young person speak for themselves, and so less effective.

But on the other hand, if you have skill or experience in dealing with public speaking or with that audience or situation in particular, then you have to get over yourself and realise you are doing a disservice to that young person if you do not give them the best chance of articulating what they want to get across.

It’s not a choice between the two. Like with most meaningful youth engagement, create the space but limit yourself at first to asking, listening, and trusting that the young person knows most about their experience. In this case it’s very similar:

We worried #BurkinaFaso coup would stop Cheick coming to #UNGA and speaking up for youth #CommunityLedDev. No way. pic.twitter.com/b3bkoNLUjf

A lot of people who want to make the world a better place are worried right now. They’re worried not just because we are losing individual battles, but because it feels like the rules of public debate have changed in a ‘post-truth’ age – facts and reason can’t resist the tsunami of prejudice from whoever screams loudest. But if we were ever just using facts and reason, we were seriously misusing our most potent weapon: our messengers.

We don’t trust experts anymore apparently, so you don’t have to rely on the evidence about which messages and messengers work (although there is lots of it now, by Common Cause on values and frames, by the Narrative Project on audiences and themes, and by Climate Outreach on young voices). Just look around the room at how body language and attention shifts when a young person gets up to speak, as long as they are speaking for themselves and not being talked about as a ‘case study’.

4) It’s not just about those in the room

Can you bring those outside, inside? Video messages are a great way to get input from those who are logistically harder to secure, and it was an incredible honour when the UK Government’s first ever Youth Summit was addressed by Ban Ki Moon and Malala. But I’ve never seen a room as affected as when an event full of diplomats and UN officials at the Sustainable Development Summit got a taste of youth-led development’s message through spoken word poetry, direct from Kenya:

Can you take those inside the room to the outside? It’s pretty standard practice now for any speech covered by mainstream media to have bite-sized quotes and video clips tweeted out immediately, if not broadcast live on social media. That’s not because their fingers work quicker than the rest of us, but because (whisper it) everyone knows the text of a politician’s speech beforehand. If you’re supporting a young person making a speech, you probably do too. So take advantage of the fact that the first person to tweet a pre-prepared quote with a photo defines the memory of that speech even for those who heard it in person – but especially because those who can’t attend are your audience, too.

"Out of 1.8 billion youth, an ordinary African boy like me can use my #YouthPower to make a difference" #HLPF2016 pic.twitter.com/l9Sxlunyd1

5) The power of the first-time public speaker

“…so I’m no perfect activist, but I’m not sure if they exist, or if they’re what we need. If what we need is someone who cares no matter what age they are, who is inspired by the people around them and people across the planet, who doesn’t have all the answers but still thinks it is worth asking the big questions…..someone who tries to do something…. I guess that’s me, and from working and listening with you guys today I think it’s you too. I’m so glad we’re on the same team. Thank you.”

– Sumaiya Choudhury addressing the biggest room she’d ever spoken to at the Youth Power festival in London. 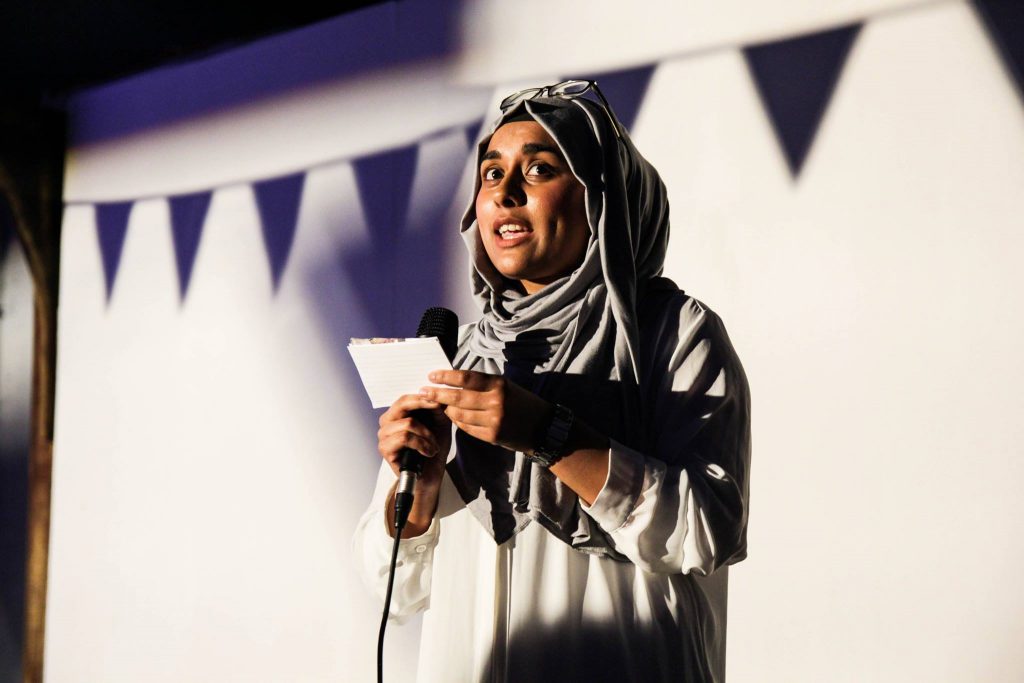 It’s not about the sympathy vote, or ticking an ‘authenticity’ box. They genuinely deliver something more powerful. They haven’t got over-familiar with the rehearsed hand gestures, the reheated cliches or the rhetorical tricks (maybe I have, judging by that sentence). The power (and power is the operative word) is in the tactical naivete of someone who isn’t normally  allowed to speak, but who needs to speak so much they are unrestricted by convention and experience.

The most powerful speeches can be those delivered when you’re late to the committee room, the host has just changed the format, you don’t have time to overthink it, you don’t know exactly how you say it but you just know you have to  say something. I know, because I’ve seen, heard, and felt it in the audience – nervous, proud, starstruck, and inspired by the transformation I see in front of me. Support, train, and trust, yes – but sometimes the best thing you can do for  a young person to speak up is just to get out of the way.