I miss you!  It’s been over two months since we were neighbours in Zambia. I hope you’re enjoying your first year of school, and you go on to complete your education. So many girls do not finish their secondary or further education, which limits their opportunities for independence.

This lack of independence leads many to become trapped in abusive marriages – especially when women face strong social pressure to endure any violence from their husbands. Vwanga, you are lucky that your mother is a teacher, and I’m sure she will do the best she can for you, but with so many other children to look after, you need to be able to stand up for yourself. When girls are married too young and taken out of school, all of society suffers.

In the UK, sexual harassment, violence and discrimination against women have made headlines. This movement is growing and spreading around the world, with #MeToo in the USA and its counterparts in other countries, protesting against sexual harassment and violence, such as #YoTambien in Mexico, Spain, and South America. I hope that this message reaches you in rural Zambia, a world away, but where this is a widespread issue. I hope attitudes shift quickly, so that by the time you reach puberty, you will not have to fight for your right to live without fear.

It’s hard to live in a patriarchal society as a woman, but step by step we will make our way towards true gender equality. I hope you grow into a strong, smart, kind, confident, enthusiastic, brave, and happy woman. 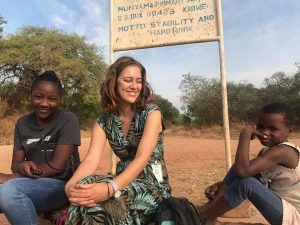 To one of the bravest correspondents of our time, Marie Colvin,

If blinded in one eye by shrapnel, many journalists would consider a career change, or at the very least avoid working on the front line. But you didn’t.

Your tenacious attitude throughout your short, but full, 56 years on this earth, and your drive to give a voice to those caught in conflict, will forever remain an inspiration to many.

Even after sustaining a serious eye injury while reporting in Sri Lanka, you returned to your dangerous day job. The job you were so brilliant at.

Donning a black eye patch, you continued reporting on some of the world’s largest atrocities including 9/11, and conflicts in Afghanistan, Iraq, Gaza and the Arab Spring, stating that people are “not just numbers” and you wanted to “tell the story of each and every person.”

Known to plunge to the point of deepest conflict and remain there for longer than anyone else, you spent days stranded on a 12,000-foot mountain in Chechnya after escaping Russian paratroopers, got chased by a mob of around 100 men in Egypt, interviewed the infamous Colonel Gaddafi and Yasser Arafat, and reported from some of the world’s most brutal conflict zones.

Risking your life over and over again, you were not only a courageous and tireless reporter known across the world, but you also provided a platform for women and girls in conflict to share their stories.

You once said: “These are people who have no voice. I feel I have a moral responsibility towards them, that it would be cowardly to ignore them. If journalists have a chance to save their lives, they should do so.”

Sadly, while doing the job you were so passionate about during Syria’s 2012 uprising, we lost you.

It’s been six years now, yet still your memory lives on. Your stories still change lives. Your documentaries make people stop and listen. Your speeches inspire females and males alike to stand up and take action. And your unwavering passion to empower women and girls is something we can all learn from.

So Happy International Women’s Day to you, Marie Colvin – the brave, warm, intelligent and formidable woman who helped so many.

Yours,
Shannon,  in India 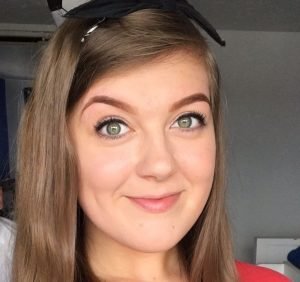 To the girls of Shankhu,

I may not have known you for all too long, but what I do know is that what you have to say is of value and worth and I am so desperate for you to believe in yourselves.

You are bright and capable and full of so much potential, if only you believed so. I truly hope to help you conquer your shyness and allow the world to see your strength and your brightness. I know it can be difficult to speak aloud in front of a crowd and that it is all too easy to let other’s voices dominate while you sit silently.

But it is so important for you to power through this fear because what you have to say is worth our ears. The people of Shankhu, Nepal and the world… they need to hear. We would all benefit from listening to what you have to say. So go for it girls, I’m with you all the way! 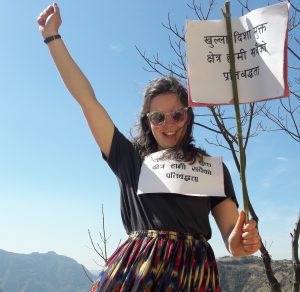 Who can’t understand me, I write to you from near where you were stolen, raped and converted, before being brought across an ocean you’d never heard of, to a land that despises you for your skin colour and beauty.

To a land where purdah still shackles you to your two storey house in the Black country of a country that destroyed yours by drawing lines in the sand and ripping brothers from sisters, turning men into monsters. Men you grew up with, men who watched over you, men who would see no hurt come to their Didi.

Alas it was one man who made all those who love you turn into mad men – Lord Mountbatten, what a fool! I know you watched your sisters flee from them in vain, I know you saw them get taken, over and over again. All for religion and a wicked lie, that impregnating a woman will put theirs on a high.

Of course we haven’t spoken of this and never will, they think I don’t know and I will never spill.

One thing I must say though, and forever hold my peace, is that you are strong and it resounds all in me.

You may have birthed unwillingly and been beaten to submission, but you are the reason I’m me, born of land and sea.

Though England courses through my veins, equal to Punjab, my soul searches for a land that was lost and we may never be whole or found.

I met you when I was volunteering in India. You lived in the village I stayed in with my host family. You were excitable, beautiful, always giggling, smiling, chasing us around and bursting with jumbled English. Every single day you were a joy. You were affectionate, gentle, but also inquisitive. Playful, stern when necessary, sassy when another child stole your cricket ball, and you were confident. This last trait: please never change.

I taught multiple age groups in India across various schools. The single most eye opening aspect of life I noticed was as the boys grew older they spoke out (often over others). These young boys growing into men were assertive, they were sure of themselves, and they were confident.

Simultaneously, as many of the girls grew older, it was as if they shrank away. They raised their hands less in class, these young women stared more at the floor instead of making eye contact. I don’t think they could see their potential. They even spoke quieter.

Never let the values, your characteristics, or your personality we so loved as a child change. Keep with you elements of that childhood innocence, for that is what will change your world. Continue to jump in on games of cricket with boys and break down that ever invisible and unspoken gender barrier. Please never let societal norms change who you are. You have the opportunity to make real change in your community. We are on the brink of something wonderful and your young confident self was so wonderful to know.

Mental Health in the UK: COVID19’s impact on Young People

You may be a dog, and you may only be a mere two-years-old, but you’ve already been subjected to a lot based on your gender.

You’ve gone through menstruation where you had to bleed seemingly endlessly. You had to deal with the blood with no pads or tampons, and you were less like yourself, invisible pain, off your food and didn’t even want to fetch stick s . You were even forced to have a hysterectomy without your consent, because that’s what we (your owners) believed was best for you. You will never have children, and you had no say in that.

At the park, you always just want to play, but male dogs at the park intimidate you, and you cower behind us, trying to escape their forceful and often violent advances.

People constantly comment on “what a good boy” you are, just because you’re wearing a cute tartan red collar instead of a pink one with a bow.

Your very visible, big muscles, thick neck, sheer strength and insatiable need to play rough are usually not complimented, as they might be with a male dog, but ridiculed.

This is half in jest, of course, for I don’t believe you are spending much of your time thinking about gender inequality. Many will say that this is just nature. But isn’t it funny that the expectations and experience we put on human females is often so parallel and so much more extreme ?

So Misty – you’re one of the kindest, strongest females I know. I’m proud of you for everything you are, muscles or no muscles, red collar or pink collar.

All my love and cuddles,

Corina,  in the UK 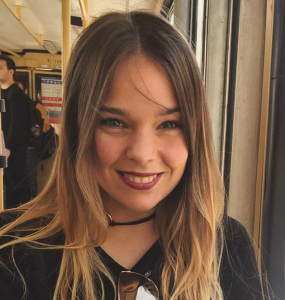 Having you as my advocate is the best thing that has happened in my life; because you taught me to be the best woman I can be. You have made me understand that I can be as great as the Men. You are an encourager: you once said to me ‘study hard’ because that is the only way I can stand out among great men without anyone intimidating me.

You are an educationist. You make sure I get the best education, and today am proud of who I have grown to be all because of the motivation I received from you. Your encouragement motivated me to pick up the pieces where I fail in order to start again. You have mentored me to be a great woman, and being my role model I learnt virtually everything from you.

Anything I do, I see your manifestations in me, because you have taught me not to see myself lower than the men folks but to have high self-esteem and be treated equally in the society. You advocated for gender justice in our community, particularly fighting the gender stereotypes in our community that women’s duties are basically domestic chores, raising babies and satisfying the men sexually. You have advocated against domestic violence, pay gaps in positions, and that in a bedroom men can make decisions about women’s bodies.

Now, I advocate for women to be in positions of power, to be respected and treated equally in the society because of the legacy you left me with.

Thank you for setting a pace for me to emulate.