Sustainable cities around the World: Top 13

Laura Beresford,  International Citizen Service (ICS) volunteer, highlights the most sustainable cities in the world and the positive progress that’s been made to make our world greener…

For those of you who (like myself) feel like they’re on the edge of a nervous breakdown when they think about climate change, here are some examples of best practice from cities going green across the globe to keep you motivated and inspired.

These are all part of the Goal 11 of the Global Goals to have: Sustainable cities and communities by 2030.

Currently 50% of the population cycle or walk to work saving the city 90,000 tons of carbon dioxide (CO2) emissions annually. Decision makers are setting a great example (as well as promoting healthier lifestyles) with 60% of politicians also commuting in this way.

Off to a flying start the city has set its goals high, aiming to bring CO2 emissions down to zero and become the first carbon-neutral capital city by 2025!

Denmark is also leading the way as a country by reducing food waste by 25% per person per year. A grocery store has been launched called WeFood selling food waste which is perfectly edible, i.e. if a vegetable is misshapen or the packaging is damaged.  🍴🍅🍔 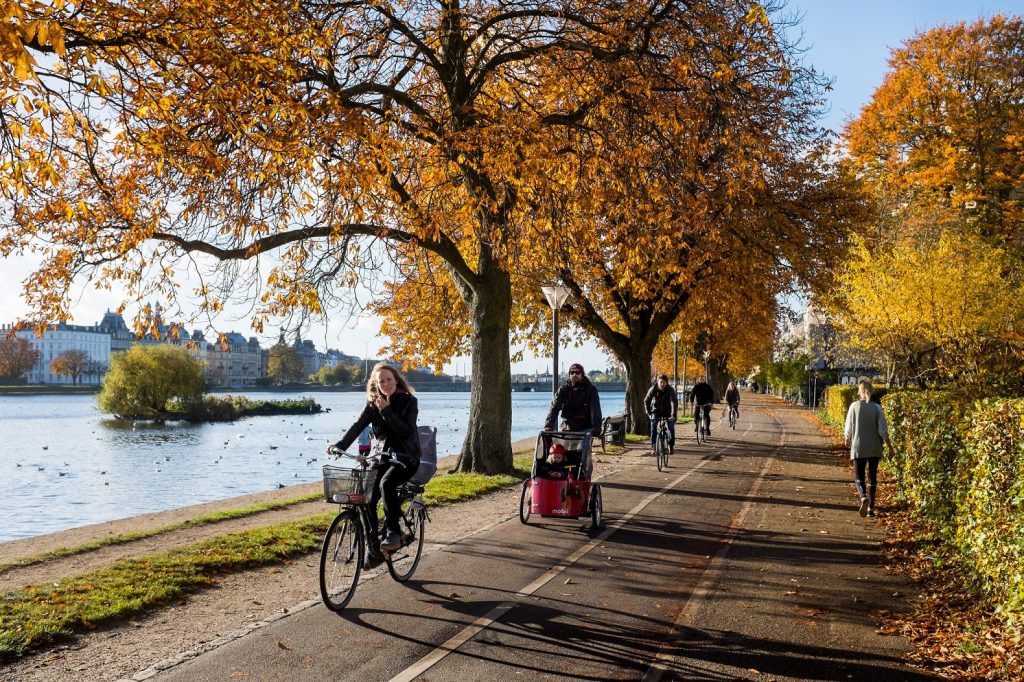 Did you know that Ljubljana was crowned the European Green Capital 2016? 70% of housing in the Slovenian capital is already heated by district and natural gas distribution and is one of few European cities which can boast of natural drinking water without prior treatment. This includes public drinking fountains around the city reducing the use of plastic water bottles.  💦 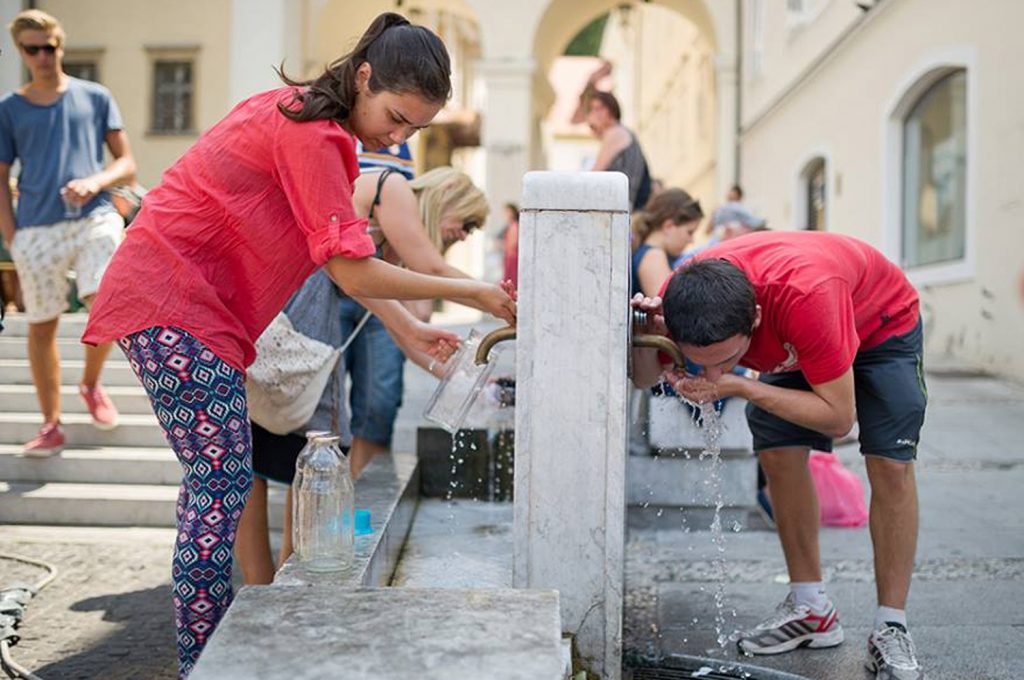 Morocco is currently home to the largest concentrated solar power plant in the world. The power station on the edge of the Saharan desert will be the size of the country’s capital city by the time it is finished in 2018, and will provide electricity for 1.1 million people.  🌅

‘It is a very, very significant project in Africa,’ said Mafalda Duarte, the manager of Climate Investment Funds (CIF), ‘Morocco is showing real leadership and bringing the cost of the technology down in the process.’

As well as the country’s plans to generate 42% of its energy from renewables by 2020, with one-third of that total coming from solar, wind and hydropower, it is also currently hosting the UN climate change conference, COP22, in Marrakech! 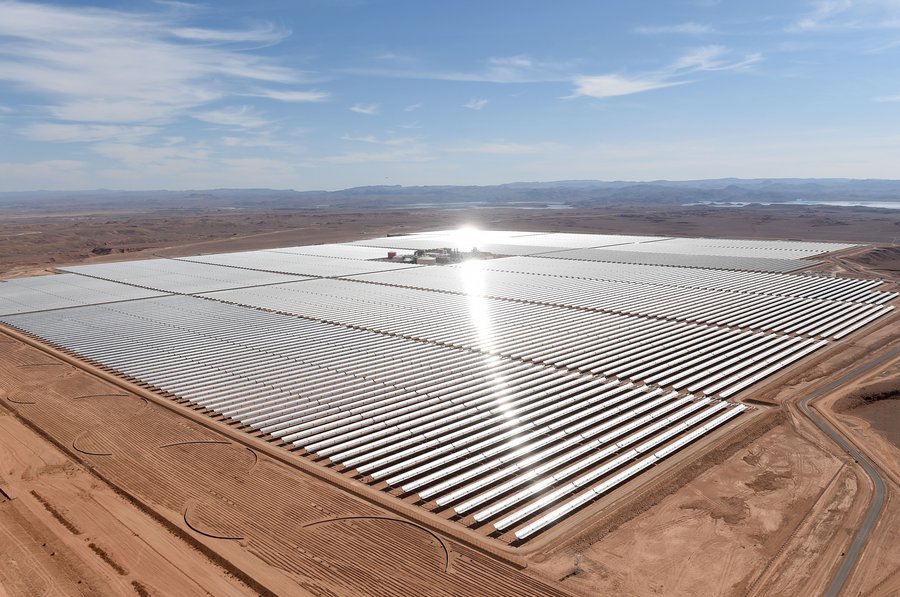 In San Francisco they have an 80% landfill diversion rate. This means that 80% of their waste is reduced, reused, recycled, or composted with an aim of approaching zero waste, and is now a benchmark upon which other cities’ efforts should be measured.  🎉 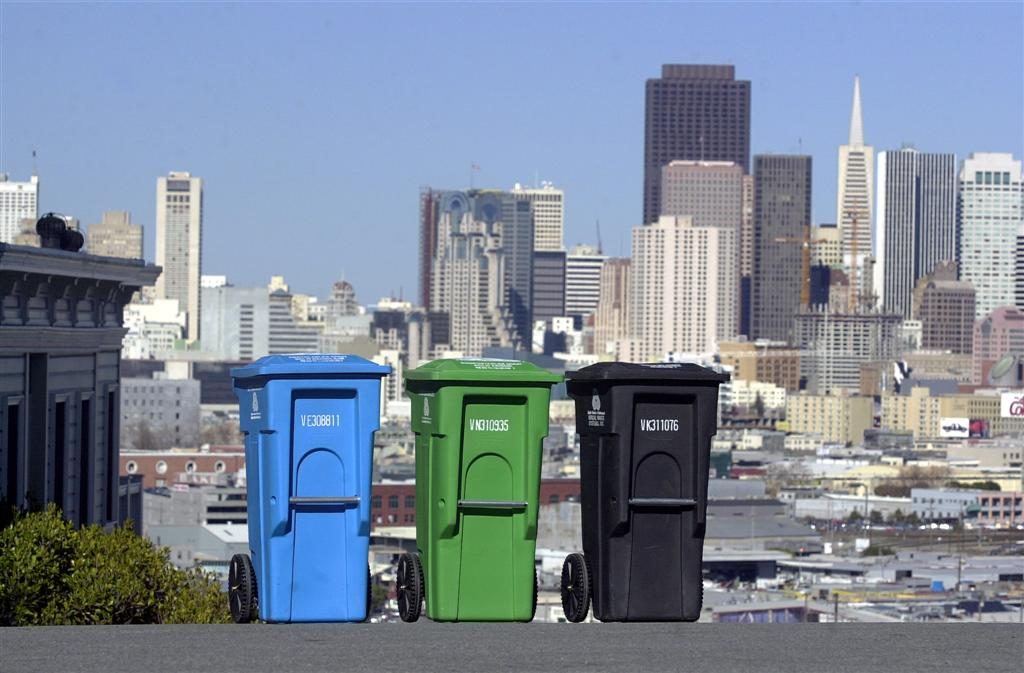 Freiburg has been pioneering ‘passive houses‘ where no active system is needed to maintain a comfortable temperature. While one house in the countryside is using up to 6,000 litres of oil a year to heat it, these houses only use 150 litres.

The buildings are super-insulated with foam, are triple-glazed, and externally sealed. Fresh air enters at ceiling level and is sucked out through a funnel so that the heat from the warm air going out is transferred to the cold air coming in.

This provides an almost constant temperature without the need for heating – because warmth is provided by cooking, lighting, even warm-blooded mammals. In fact an entire flat could be heated with only 30 candles! 🔥🔥🔥 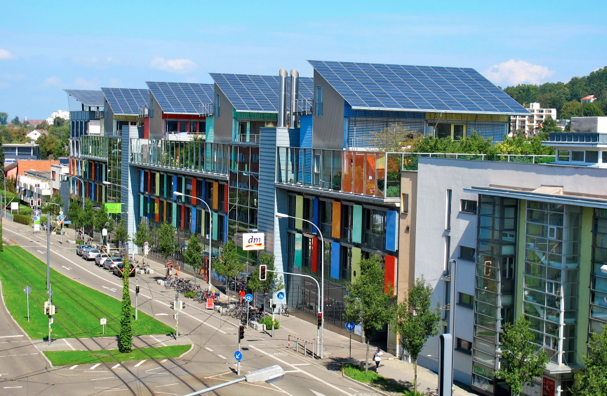 100s of sustainable cities and towns across Senegal, Rwanda and 23 other African countries…

..are being lit by solar power. Not only is this an ingenious idea for a continent that is never lacking sunshine, but it also means that many communities that may have lived without electricity until now have skipped the damaging fossil fuel based energy consumption of more developed countries and gone straight to renewable energy.  💡 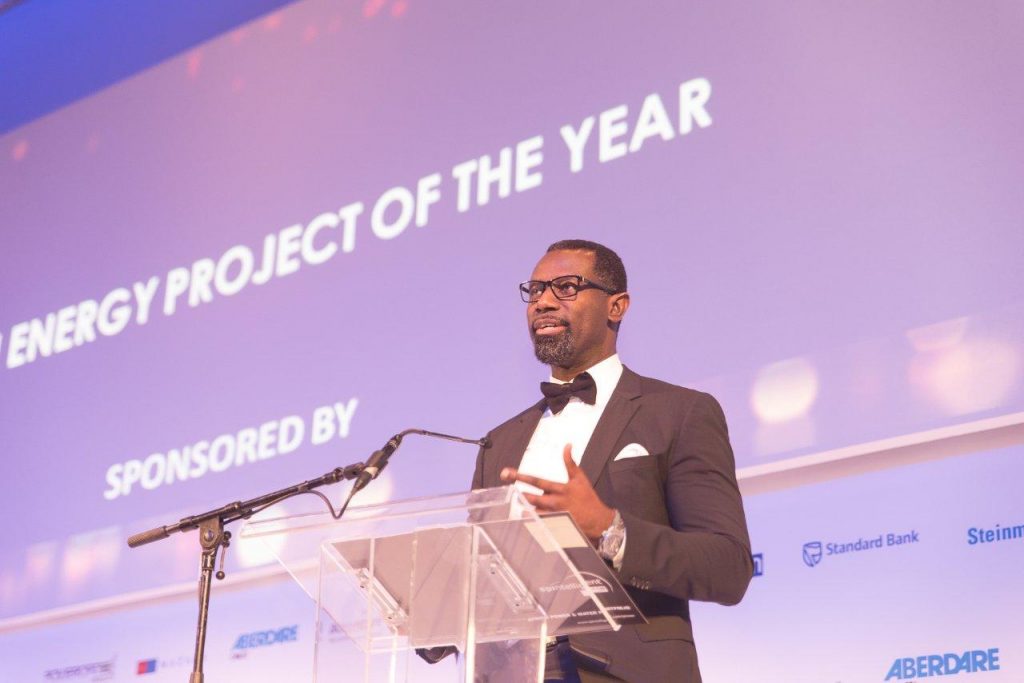 China is exploring the creation of sustainable ‘eco-cities’. In the wasteland of Tianjin a huge clean-up took place to restore the central reservoir and develop around it. The city is lined with trees, solar panels, and wind turbines, and uses ground temperature for energy so that one-fifth of the energy used will be emission-free.

One of the best things about Tianjin is that living like this is being made accessible. Ho Tong Yen, head of Sino-Singapore Tianjin Eco-city Development and Investment says ‘Being green isn’t a luxury, it’s an affordable necessity. This sustainable city should be a practical, replicable, scalable model for elsewhere in China and the world.’  👏

Whilst Tianjin is making headway, Masdar City, just outside of Abu Dhabi, has developed the eco-city ‘greenprint’ for how cities can accommodate rapid urbanisation and dramatically reduce energy, water and waste.

The city combines ancient Arabic architectural techniques with modern technology to capture winds as a natural cooler during summer temperatures whilst utilising the sun’s energy through the largest rooftop solar technology installation in the Middle East. 🌀

Research is also at the core of the city as the neighbourhoods develop around the Masdar Institute of Science and Technology, a research university dedicated to cutting-edge solutions in the fields of energy and sustainability. 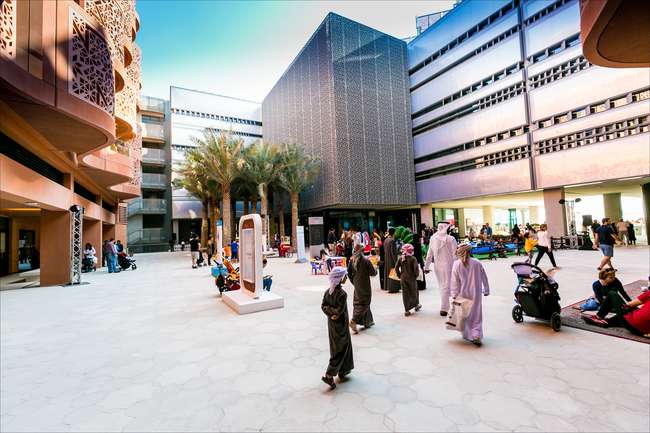 Stockholm has the fastest rate of urbanisation in Europe but instead of building new homes on forest and farmland they are redeveloping old industrial areas with efficient low-energy housing.  🏡👌

They’re also revamping their public transport system with a new tram line and their National rail operator SJ uses hydroelectric and wind power for its trains and are a hub for leading environmental research.

As well as being one of the most bike-friendly cities in the world, Amsterdam is now embedding solar panels into their cycle paths that could generate enough electricity to power three houses. The 70 metre path that connects the suburbs to the city is the world’s first public road with solar panels.  🚲

Freeport gold mine in West Papua: Education to liberate or enslave?

Those who do need the use of a car are encouraged to take part in their car sharing and/or electric car hire schemes, reducing the number of cars on the roads and thus the amount of CO2 emissions. 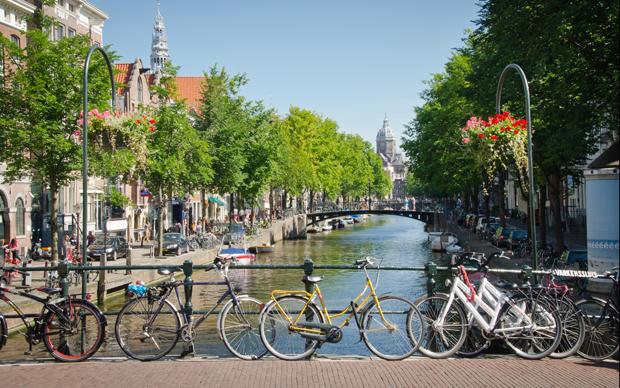 With 52 square meters of green space per capita, Curitiba is truly the ‘greenest’ city in the world. Curitiba’s parks serve an ecological function, as well. Much of the 400 square kilometres of parkland doubles as a naturalized, decentralized stormwater management facility, instead of channelling the rivers between concrete walls in an attempt to control the water and overdevelop the land around it as many other cities do.

Curitiba empowers its population to keep the city clean through programs that exchange trash and recyclables for bus tokens, food and cash. This means that the city is astonishingly clean which encourages the populace to respect and care for the land they live on. 😊 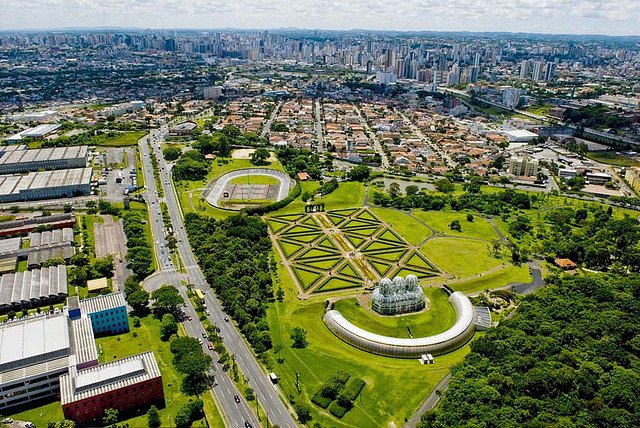 Reykjavik has pioneered the use of geothermal power with almost 95% of heating in the city is provided by renewable geothermal district heating (this is using heat from the earth to generate energy and is clean and sustainable).

No other city has developed a district heating and electrical system using renewable energy resources on the scale of Reykjavik, and it aims to be a completely fossil fuel free city by 2050.

Reykjavik also has a strong focus on preserving green spaces with roughly 9 out of 10 inhabitants living only a five-minute walk away from a public green space.  🍃🌱 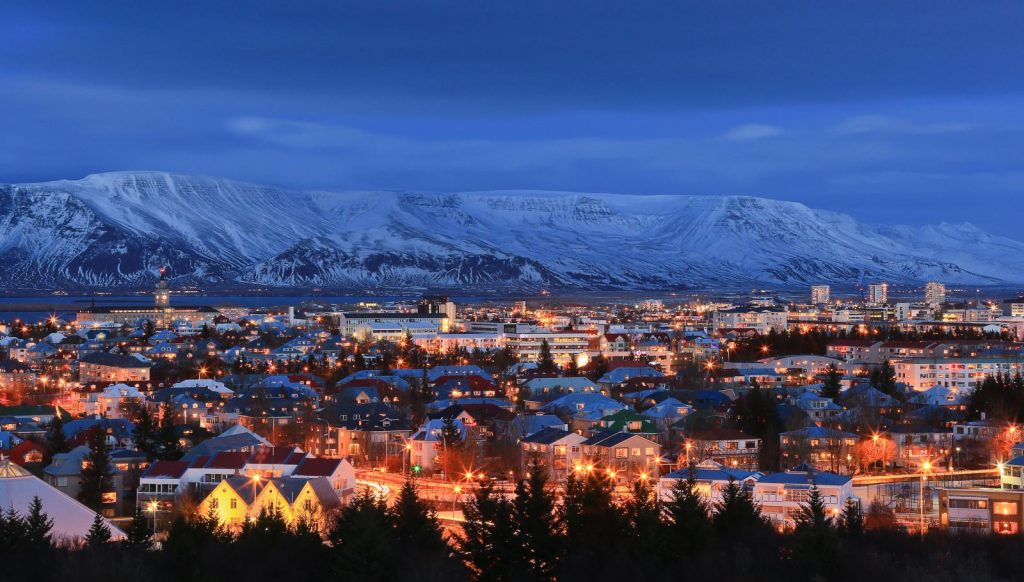 Cochabamba, and other cities across Bolivia

In April 2010, in response to an understanding of the impacts of climate change on the nation’s economic and community health, a 3 day People’s Conference on Climate Change and the Rights of Mother Earth was held in Cochabamba. Here the National Congress voted to support an act to protect the well-being of the natural world; its resources, sustainability, and value.

They literally created ‘The Law of Mother Earth‘ in which ‘Mother Earth has the rights to life, to the diversity of life, to water, to clean air, to equilibrium, to restoration, and to pollution-free living.’ All citizens, all States, and all public and private institutions must act in accordance with the obligations in the declaration. 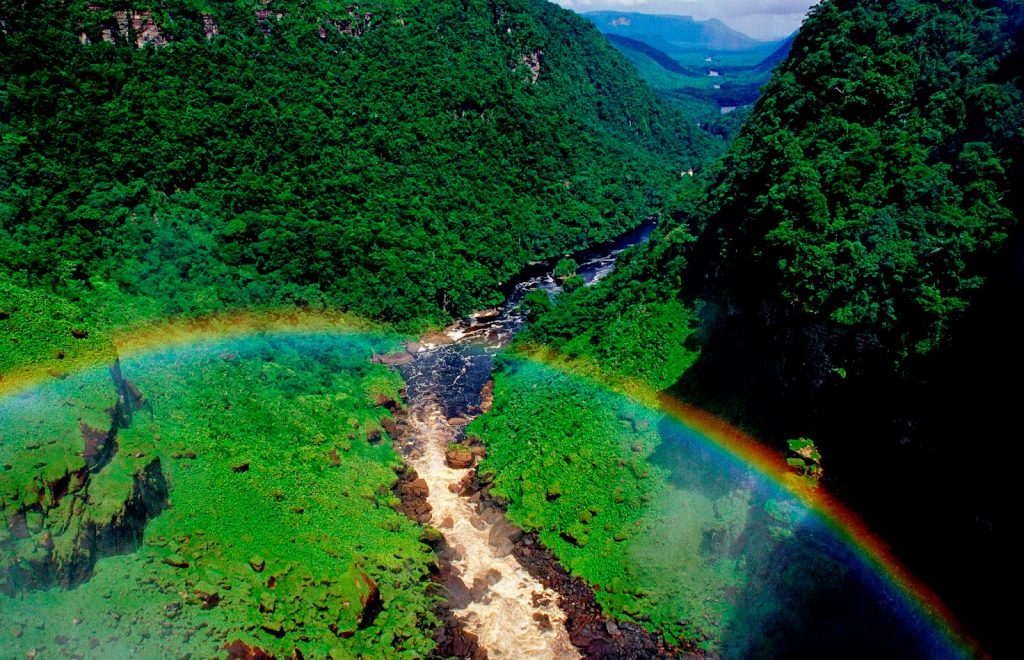 Sustainable cities around the World: Top 13

Environment Climate Campaigners – The Last Half

Africa How can we ensure we don’t leave African you…
0
Loading Comments...